Current progress: The construction site was handed over to the contractor on 25th August 2022. Scheduled opening is the beginning of the 2023 school year.

1) using the catering facilities around the Albertov Campus

2) construction of our own temporary canteen in Albertov


After evaluating all the pros and cons of both variants, it was decided in the favor of building of the temporary canteen, with the location being on the grounds of the Convent of the Elizabeth Sisters, specifically in their garden adjacent to the existing canteen. This will ensure that the existing walking distance to the canteen remains the same. 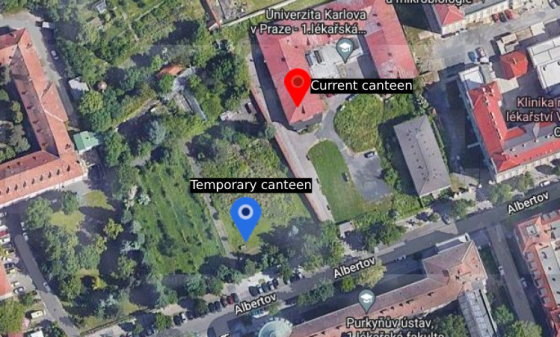 It is expected that this temporary canteen will be used from the beginning of the 2023 school year up until the new permanent canteen will be opened as part of the completed Albertov Campus. The temporary canteen will take a form of a single-storey building consisting of several interconnected cells. This solution is both very economical and flexible to adjustments. Moreover, the actual construction is simple and fast without major demands for the site preparation. 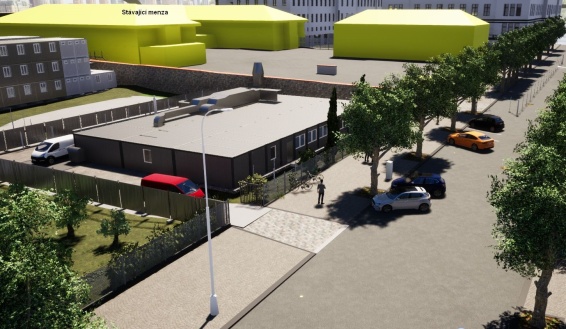 Office of the project Campus Albertov